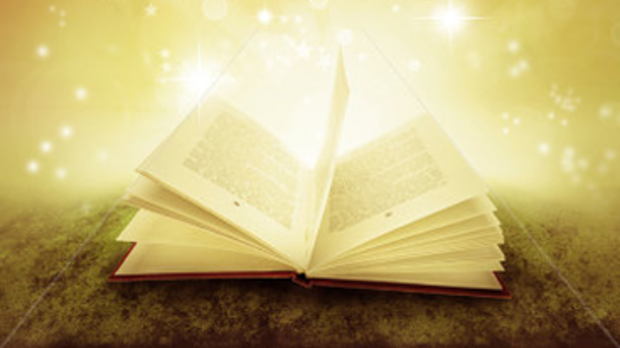 “One flash of genius or one instant beam
Of Revelation, like a vanished dream,
Heaps of pedantic dross can melt away
And thought of centuries change in a day.”

Imagine that you awoke one morning to find all the major networks buzzing with the news of a startling scientific discovery. One after the other, commentators and writers across the globe fill the airwaves and Internet with their opinions on the announcement that the goal of human evolution had been found. Evolution, having a common and deterministic end-goal, naturally implies that the entire process is scripted by a hidden intelligence greater than our own. Skeptics, realizing that the techniques used to make the discovery were done so using the highest standards, and conducted with the cooperation of other skeptics, soon enter into a state of dumbfounded shock. The most disturbing revelation made is that our current mode of life is not only incompatible with, but is contrary to the laws governing our evolution. Realizing the error, world leaders and societies slowly begin to acknowledge the flaws inherent in society. It quickly becomes clear to all that a new age is dawning on Earth.

As fantastic as it may sound, the surprises the future holds may not be far from this.

War, poverty, hunger, and the inequalities inherent in society are all curable illnesses, each having their roots in the way we have prioritized our lives. Society today works toward no clear goal, aside from the culturally accepted norms of work, play, consumption of goods, retirement, and so forth. Creating an ideal world will naturally require a change in the fundamental direction of human life, beginning with what we strive for on a daily basis. More than material comfort, the ancients held a belief that unbounded happiness can be found through an expansion of consciousness resulting from a healthy and accelerated personal evolution. Were science to empirically validate the correctness of this view, the discovery would change the face of human life.

This is the work of the Emerging Sciences Foundation.

Mental illness, genius, and spiritual experiences are all points on the continuum of human consciousness. Today, potentially millions of people live with symptoms of a biological phenomenon that is the root of all three of these categories of human experience. The Kundalini hypothesis states that as the human race proceeds along the path of evolution, there will be those in whom the evolutionary process is more pronounced. Experiences of inner light, sounds, sensations, and subjective transcendental experiences are common. The purpose of Project Evigram is to collect data from these individuals, allowing researchers to mine the data for insights into the nature of the evolutionary processes at work within our species.

Project Evigram will be created as both a web and mobile application that volunteers can use to log their experiences. The application will also connect volunteers with each other to learn from their common experiences. Each new volunteer will add data points that future researchers can use to create a cohesive body of knowledge about the Kundalini phenomenon. Once enough insights have been gained, it is expected that this information can be used to a) help treat those suffering from negative symptoms, and to b) cultivate the evolution of our species on an individual level.

The Kundalini phenomenon was well-known in ancient civilizations, but was usually shrouded under a veil of secrecy. While the reasons for this secrecy are not well-understood, it is clear that the process was studied and methods developed to accelerate the process. Whether veiled in mythological metaphor, alluded to in sublime poetry, or outright expounded upon, countless ancient writings exist – many of which have yet to be translated into Western languages.

The purpose of our literary research is to begin to form a body of knowledge about the Kundalini phenomenon that can be used to help guide more empirical, measurable forms of research.

Although the potential impact of Kundalini research surpasses all other forms of research and discovery known today, few individuals are aware of the full implications. Knowledge about Kundalini has traditionally been acquired through either first-hand transcendental experience, or by years of scholarly research, or both.

By presenting the subject in a clear and cohesive way, the goal of the Emerging Sciences Foundation is to create a grassroots movement to support further research.