How can scientists be so confused?

In a universe so orderly and directed, as in the case of biological evolution from simple to complex life, or the mathematical nature of the physical universe, how do scientists leave out consciousness as a fundamental element of creation? It is this terrible blunder that has left science blind to one of the most remarkable phenomenon ever observed – an intelligent energy in the human body that is capable of elevating a man or woman to a higher dimension of consciousness.

On April 28 at 11am PT, Michael Bradford and Michael Molina discussed Bradford’s new book “Consciousness: The New Paradigm.”. The conversation left nothing off limits and included discussions on evolution, religion, science, sex, and consciousness.

The conversation took place via YouTube and they took questions at the end. You can watch it on our channel now. 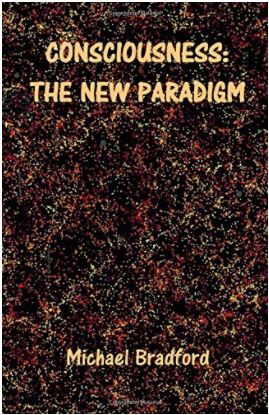 From Consciousness: The New Paradigm:

Is the ‘Big Bang’ the real genesis of the universe? What is the origin of life, and how can its amazing properties be explained? Why has evolution proceeded over time from simple to more complex forms of life, and what direction will it take in the future? Is what we perceive with our senses really ‘real’. Why is it that the physical universe can be described so well by mathematics, which is a construct of our mind? And what role does consciousness play in all these questions?

This book examines the way that the paradigm of reality has evolved in the past, first through faith, and then through science. Based on these trends, and on the latest discoveries in cosmology, microbiology, quantum biology, mathematics, and consciousness research, the outline of a new paradigm of reality based on consciousness is presented. Not only does this new paradigm help to answer many of the most profound questions facing us today, but presents a clear direction for the resolution

Michael Bradford has been involved in research on Kundalini and consciousness for more than 40 years. In 1977 he traveled to India where he spent six years serving as a volunteer worker for the Central Institute for Kundalini Research, founded and directed by the late Pandit Gopi Krishna. Michael has been a board member of the Institute for Consciousness Research (I.C.R.) since it was founded, and has been Director of Publications during this time. In 2015, he became a board member of the Emerging Sciences Foundation (E.S.F.) and is currently acting as an advisor to the E.S.F.’s Kundalini Experimental Project.

In 1985 Michael began working full time as an IT consultant in the data processing field, and retired in March 2014. He currently lives in the Toronto area.